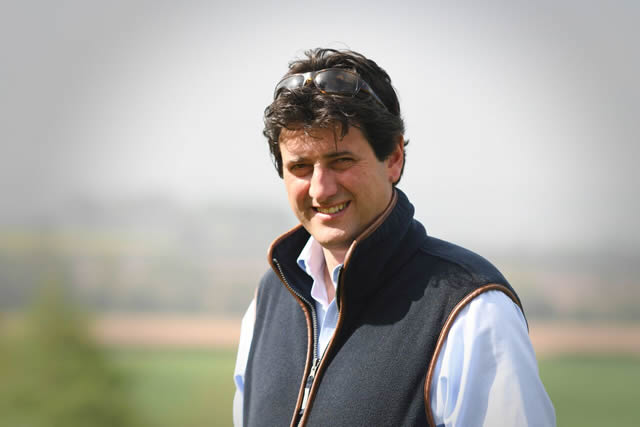 Horses are individuals, and at Ed de Giles Racing they are treated as such, all receiving specialist attention in order to maximize their potential.  Ed has a professional, dedicated and enthusiastic team behind him who all share his passion for creating a successful, top class yard training predominantly racehorses for the Flat.

Ed started his racing career with two years as assistant trainer to Nick Gaselee in Lambourn. He then moved into ownership whilst working for an investment bank in the City, buying his own horses including Group 1 winner Markab. He obtained his dual purpose license to train Flat and National Hunt racehorses in December 2010 and is now in his 11th season, having already won over £1.38m in prize money. The yard has an excellent strike rate, comprising of 198 winners to date, of which 187 winners were on the Flat and 11 were over jumps.

Many of the horses Ed has purchased or been sent to him have improved significantly and turned a good profit for their owners, both with prize money and enhanced value. Kingsgate Choice, who started with Ed rated 80, hit a high of 109. As quoted by Timeform, Kingsgate Choice is 'a credit to his upwardly mobile trainer'. He improved the mare Frosty Berry 42lbs gaining her Black Type in the process, winning the Further Flight at Nottingham. Lucy the Painter was another horse who improved greatly having joined the yard.  She started on 68 and hit a high of 100, winning 4 races consecutively and also gaining the all important Black Type.